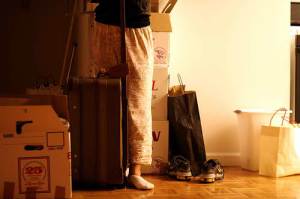 You live in San Francisco, and have just been offered a great job in Los Angeles. You relocate, and begin work. Shortly thereafter, you discover that your new job was not what the employer originally represented to you.

If the employer induced your relocation through knowingly false misrepresentations regarding the nature, duration, or compensation of the work to be performed, you may be entitled to relief under California law.

Pursuant to California Labor Code § 970, employers are prohibited from inducing employees to change their residence to, from or within California, by making ‘knowingly false representations’ concerning, in part:

(1) the kind, character, or existence of the work; or,

(2) the length of the time the work will last; or,

(3) the compensation of the work; or,

(4) the sanitary or housing conditions relating to or surrounding the work.

The Labor Code entitles an employee to double damages against the employer for a violation of § 970. In addition, Cal. Lab. Code § 971 imposes criminal liability and possible imprisonment.

The Legislature originally enacted these statutes to protect migrant farm workers from exploitation by unscrupulous employers. However, the Courts now apply them to any employment in which the employee has been induced to move to a new locale based on fraudulent misrepresentations as to the nature, duration, or conditions of the employment.

Employer’s counsel will argue that being given different work assignments is an expected part of the workplace. However, if an employee can demonstrate they relocated based on an employer’s representation(s) of being given a certain role within the company, and instead, were given a different, or lesser position, and/or designated a different set of duties than originally discussed – there may be a violation of § 970.

A § 970 violation may also arise where an employee relocates after being promised a certain salary amount, and shortly into their new job, are informed by their supervisor that they’ll need to take a reduction in salary.

Similarly, if an employee was promised that she would be hired for the “long term”, and then subsequently finds out that the company’s intention was to bring her on for a single project and then terminate her employment, this may also constitute a § 970 violation.

In Finch v. Brenda Raceway Corp., 22 Cal. App. 4th 547 (1994), the court found substantial evidence that the employer had violated § 970 by making knowingly false representations regarding the potential length of employment. The employee in this case was terminated within 5 months of employment, after repeated assurances, during the interview process, that the company had a “long range commitment to employees”, and that the job would be “permanent”.

On a practical note, a § 970 cause of action should clearly state the nature and exact type of damages an employee has sustained as a result of the employer’s misrepresentations that induced the employee’s acceptance of the job offer. The employee’s damages must be causally related to the employer’s misrepresentations. If an employee asserts that they were given different work assignments from the ones that were originally represented to them during the interview process, or that they were denied adequate support/training to perform their duties – what damages did they sustain as a result of being given different assignments, or being denied support to carry out their duties?

Common types of damages involving § 970 violations, include damage to an employee’s professional reputation and career path. If the employee was terminated, they may be unable to find comparable work due to damage to their professional reputation. The employee may also have turned down other job offers to accept the position that involved relocation. They may have sold their home to relocate, incurred other moving costs, and entered into a fixed-term lease in their new city. Again, the damages should arise directly from reliance on the employer’s knowingly false representations that induced the employee’s acceptance of the job offer.